Find free and open source 3D scanner software! We provide reviews on the best packages available and show you how to maximize their potential with step-by-step instructions. 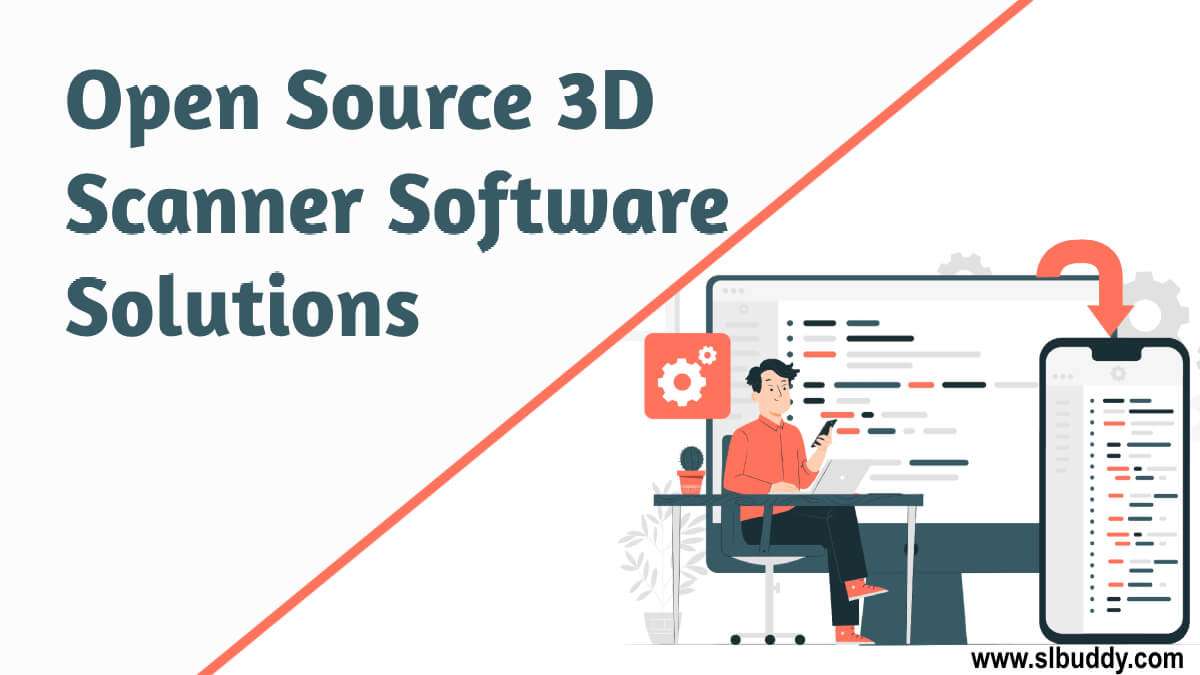 A 3D scanner open source software is a kind of advanced technology such as robotics, machine learning and many of the related topics in the current discussion.

The wide use of this technology has reduced the burden of human resources by means of traveling, reaching different locations, and getting risks in a situation like war. But, not only that 3D models generated through this technology have turned a new page in the engineering, health and medicine fields as well.

Yet, since there are some limitations that have been faced by human resources while executing this technique, the experts are expecting further updates from developers.

The whole below content is a brief of 3D scanning software explaining the technologies used, advantages, disadvantages and the limitations that should be overcome.

Definition of 3D scanning and its importance

3D scanning is a newly introduced technology that can create whatever you see in real life as it is in digital media.

You may see the real dimensions of the things around you through your computer with the technology included in the 3D scanner software.

The three-dimensional models are useful in many industries to simulate reality. It enables the introduction of new techniques, machinery and equipment with imaginary concepts.

Automobile, healthcare and virtual reality are the three basic fields that yield the maximum benefits of three-dimensional models used with 3D scanners.

Usually, such software are gathering multiple numbers of 2D images from a thing that we are supposed to digitalize as a 3D model. Then, it creates a 3D model that allows easy observation with 360 degrees of visibility.

A few such popular open-source software:

The user-friendly maneuvers, ultimate outstanding design and convenience to use in any digital platform are the common features of these three open-source software.

The reasons for the popularity may also be the so-called specialized feature of those open-source software.

The 3D scanners are categorized under different types according to the technology used and the quality of the ultimate product.

The following three types are the most commonly used kind of 3D scanner software:

Laser scanners are based on the technology known as trigonometric triangulation. It captures millions of points in a real-world object to design a 3D shape.

The specified benefits of laser-based 3D scanners can be listed as follows:

01. Minimum sensitivity to background lightning and then its changes, so, can accurately scan all the points without environmental disturbances.

02. It can scan over surfaces. Even it is possible to scan through tough surfaces by using laser rays.

03. The portable and simple design offers convenient use.

These basic types of structured light 3D scanners are using either projectors or camera systems to measure the three-dimensional properties of a real-world object.

Basically, two or a few cameras are structurally pointing towards the scanning object through the scanners. So, it can analyze all the dimensions of the real-world objective through point scanning.

The advantages of these types of scanners are the high-quality outcome and easy maintenance.

Among the number of benefits of Photogrammetry software, creating 3D models is one specific feature.

Photogrammetry is a technique that is used to create 3D models of real-world objects by using multiple numbers of images captured from different angles. The software can analyze the angulations and originating points of angulations through a deep scan of images.

The technique is quite similar to the panorama view of a location or object captured through your smartphone. But, it is advanced.

The cost-effectiveness, ability to make 3D models of larger areas with captured photographs ( nowadays photographs captured through drones are widely used for this purpose) and high precision are the advantages of this technique.

The 3D scanning technology has done a great service to many fields including engineering, health and medicine, remote scanning and quality assurance.

It has been identified that the following features of 3D scanners are the main reasons behind this popularity and the highest level of effectiveness.

Since real-world objects can be easily observed through well-created 3D models by using this technology, scientists can analyze microbes, vast areas of the environment and mining sites easily by locating them in a remote area, which cut down additional expenses for transportation and facility allocation.

The 3D scanning software allows easy customization of ongoing projects with a quick analysis of the things that are needed to carry out its objectives.

So, it is a flexible and easily executable technique for all the fields of specialization which use 3D scanning as one of the main parts of their inspection and observations.

The 3D scanning software allows human resources to use the available techniques more productively than with traditional ways of location and object observations.

Among the number of 3D scanning software that is easily searchable through search engines, we identified the following three as the best examples to introduce this technique for beginners.

The open scan software is based on the photogrammetry technique of 3D scanners.

So, it uses the photographs captured by external cameras such as smartphones, DSLRs and digital cameras to create a 3D model of the captured image.

And, since this is freeware, customers can easily use this kind of 3D scanner without bothering about the cost.

Two kinds of open-source 3D scanner software are there and those are called 3D scanner open-source classic and mini software. Both these are highly recognized among active community users as the best tool for 3D scanning.

MeshLab is another reputed software for 3D modeling. Since the publishers are curious to introduce new versions with added features and bugs fixed at regular intervals, it gets advanced day by day. It’s the latest version has been released in 2022 as the most advanced version.

So, now, the clients can utilize it securely and productively to scan whatever they need for further analysis into the digitalized 3D copy.

The 3D scanning software comes under blender format are highly precise and accurate in outcome generation. Even this kind of 3D scanner is available for free download as an Android application.

Thus, it is easy to use and manipulate to create an ultimate product of the 3D model.

Even though there are so many benefits to using 3D scanning technology, still there are some limitations. Anyway, scientists are working on those limitations to overcome those barriers through the possible easiest way to maximize its effectiveness. A few such identified limitations are as follows.

Most remarked points that needed some updates to advance the efficacy of 3D scanners. The developers have tried to overcome some of these limitations through Laser 3D scanners later. But, still, there are some gaps.

3D scanners are designed to identify every dimension of real-world objects which can be scanned through the surface. Thus, its uses in health and medicine are limited.

02. The 3D scanners are not designed to determine the materials of the objects scanned

Even though 3D scanners are perfect for creating 3D models of objects, it does not determine the materials that the objects are made from.

So, it can be either glass, stones or any other material. Yet, all the surfaces will display similarities. Thus becomes disadvantaged in remote observations.

03. 3D scanners are less in capacity to scan the transparency or the reflective nature of an object

This marked limitation in 3D scanning has become a huge disadvantage in assessing the nature of its surface material quality.

3D scanning technology is considered one of the best methods to walk towards technical advancement. Yet, it is made in featured compared to proprietary software that is used for the same purpose.

So, there is a high demand for future updates of 3D scanning software with the newest inclusions.

Even though the 3D scanning software is technically advanced, it needs manpower to manipulate. Thus, the outcomes of this software are based on the technical skills that are possessed by human resources.

Don’t miss: How Old Is My Phone? Easy Ways To Check

Nowadays, scientists use this technique in many fields for the betterment of future humanity. Yet, still, there are gaps in its function. So, it is important to overcome those limitations with the necessary updates for an excellent experience in the coming era.