How to Unlock Zandalari Trolls – The Easiest Steps 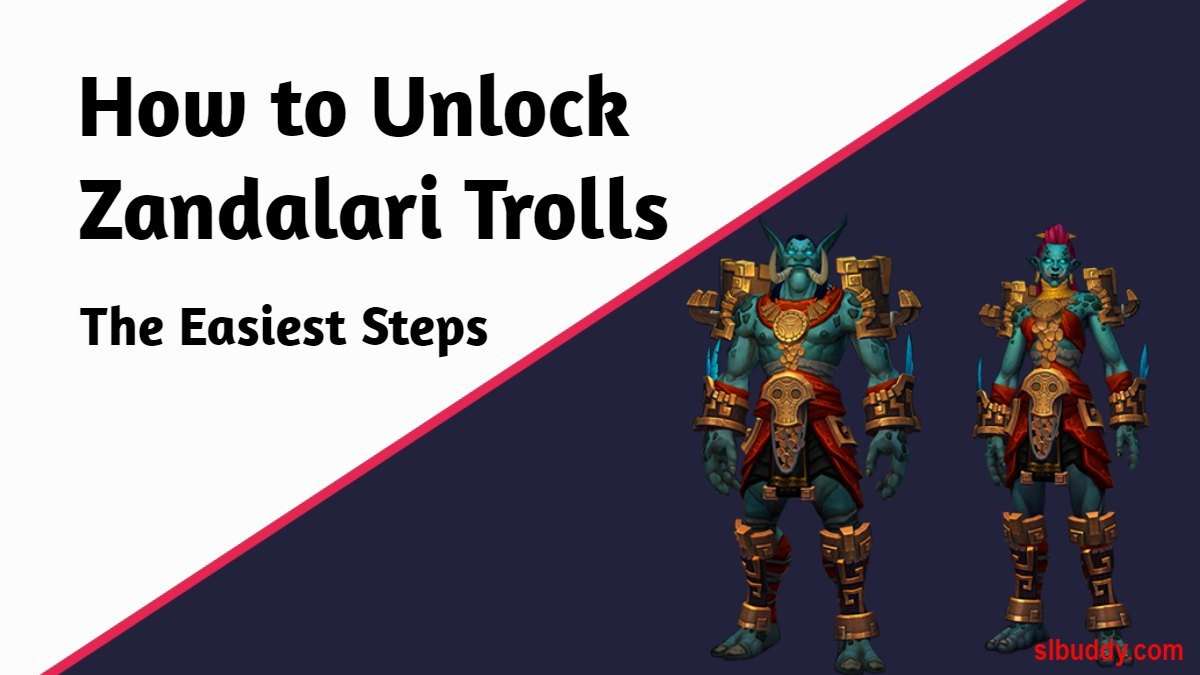 The Zandalari trolls are a popular allied race in World of Warcraft. Once this massive online multiplayer game launched in 2004, it has introduced an array of interesting chapters. The Zandalari trolls are also one of the playable Horde of allied races which is coming to the play once the battle for Azeroth starts. So, the players looked forward to finding how to unlock Zandarali trolls once the Blizzard Entertainments released their seventh expansion of the game series. It is the Battle for Azeroth in 2018 which was released after the sixth major chapter of Legion in 2016.

The history of World of Warcraft reveals that the publishers have launched a new expansion nearly once in two years. Similarly, they have released the eighth chapter of the game known as Shadowlands in 2020. Thus, there is no doubt the fans are waiting to receive the next massive expansion within a short period.

However, to fulfil the hunger and thirst of playing for all the updated expansions, the player should unlock the supposing events. Since the game is full of intelligence included by original publishers, it has become a challenge to unlock an expansion to move to the next. Well, today we are going to focus on how to unlock Zandalari which is known as the forerunners of all other trolls of the seventh massive expansion, the Battle for Azeroth.

How to Unlock Zandalari trolls in 3 Easy steps

The Zandalari is an Allied race that can only be recruited to horde. The Nightborne, Highmountain Tauren, Mag’har Orc, and Vulpera races the other few similar allied races in the category. Amazingly, all those are playable on the game. But, first, the player should recruit the characters to make those playable. Unless it is unlocked, there is no chance to play or recruit to the gameplay.

And, the World of Warcraft (WoW) will never let players purchase the characters bypassing the unlock process. Similarly, unlocking an allied race will never be an easy task. Even though there are three major requirements to go through to remove the locks, it is not that much a happy journey.

In another hand, the player should not unlock all the allied races to pass through the major expansions. Yet, if all the characters unlocked, there will have satisfactory enjoyment when moving through the previous chapter to the next. However, no matter how the nature of your play, the World of Warcraft (WoW) will be totally a funny, curious and cinematic experience.

The 3 Steps to Unlock the Allied Race Zandalari Trolls!

As the publishers introduced the player should pass through the following stages to break all the barriers to unlock Zandalari trolls.

At the first unlocking series, the player should pass through the War of 8.0 and 8.1 series. So, the game supposed to unlock the milestone up to meeting them. The allied race which is playable within the step is Horde and 10 points should be collected. Once the player enters through the front door, the player should win the Mekkatorque’s Battle Plans to fly for the meeting. But, achieving this step will not be the final tip to unlock Zandalari trolls. Yes! Two more requirements are there.

Again, the player should achieve five basic milestones to fulfil the second requirement of unlocking Zandalari trolls. Here, the payer should achieve the throne of Zuldasar, Secrets in the Sands, the final seal, the dark heart of Nazmir and a bargain of blood. Yet, passing through the achievements is not as easy as it describes. So, the player should maintain adequate coordination and skills to pass the levels until he or she achieves the second requirement of unlocking the Zandalari trolls.

This step basically focuses on gaining the loyalty of the Zandalari trolls to achieve the unlocking step. So, it runs with a series of quest followed by the pre-settled plan to unlock the Allied race.

All these unlocking steps come with patches of 8.0 and 8.1. And, make sure achieving the Zandalaro trolls does not mean to move for Shadowlands and the upcoming major expansion of World of Warcraft (WoW). But, it will be the everlasting way to enjoy your journey through this thrilling cinematic and graphical experience. It is so amazing even to think of the brilliance of Blizzard Entertainments in releasing this much enjoyable and curious game for massive online game players.

Even the game seems fantastic and cinematic experience at the first sight, the players know how difficult it is to pass an expansion. As the recent highlights, the continuous focus and be equipped with secret playing tips and tricks may be the most ideal options to pass through the milestones.

So, the players should definitely follow the success stories and the tips which have been followed by previous players to achieve the steps of each achievement to get a basic understanding of how to bypass the challenges.

Thus, the support forums are full of questions and answers that are given by different players as with their experiences. So, today we thought of presenting a few such frequently asked questions and all unique answers to ease off your journey of achieving each step to unlock Zandalari trolls.

What is the fastest way to unlock Zandalari trolls?

The allied race Zandalari trolls is a playable horde which is needed to be unlocked to make it active. But, no matter how much you are trying to find the quickest ways to open the locks and to get them to move freely, it depends on several factors.
Among those the skill level of the player, how much understanding they have on the tips of the game and skills of unlocked allied races are a few important factors. Furthermore, it is mandatory to look at what is the point you are placed into. If you have already passed a few mandatory milestones, you can unlock these forerunners of all other trolls faster than a beginner level player. Thus, it depends.

Can I unlock Zandalari trolls for free of charge?

Yes! The game will never let you unlock Zandalari trolls on purchasing basis. It only can perform by completing the challenges or requirement inserted by the game developers. Thus, it is free to unlock this allied race.

What Zandalari trolls used for?

This is a playable allied race that can unlock in the main expansion of battle for Azeroth. The classes of the race can make different choices from Druid, Tracker, Mage, Priest, Paladin, Minister, Maverick, Shaman and Hero.

Can Zandalari trolls unlock as an alliance?

The Zandalari trolls can unlock only as a horde but not as an alliance. So, it is impossible to think of using this race as an alliance. But, can keep hopes for the major expansions which are supposed to release.

No! There is a long way to go through for shadowlands after unlocking Zandalari trolls.

The World of Warcraft (WoW) is launching frequent major expansions for their massive online multiplayer game with numerous updates. The Zandalari trolls are one of such attractive allied race used in these gaming platforms. So, when a player passing through the Battle for Azeroth to Shadowlands which are known as the most recent updates, they should know how to unlock Zandalari trolls. Here is a small refreshment for all who looked forward to unlocking this horde for enjoyable gameplay.